THE FIRST MYTH OF BULLYING IN THE WORKPLACE

We can liken the process of going to the Fair Work Commission to a sporting match. As with any game there are rules. In this case, the rules are the legislation, which provides a minimum when it comes to workers’ rights and obligations. Every game needs an umpire. The Fair Work Commission is considered to be an independent umpire but you need to remember that some of the ‘umpires’ (also referred to as Commissioners) have been batting for the ‘other side’ (employers rather than workers) before they got their top jobs.

On 1 January 2014 the Fair Work Commission introduced new anti-bullying legislation. This created a new playing field for workers, one that remains relatively untouched. So what are the rules?

There needs to be an ongoing risk to the worker. If the bully is transferring to a new team in a few weeks then there’s no longer an ongoing (imminent) risk and your claim will not be accepted.

An ongoing risk, by definition, means a worker has to be in the workplace in order to lodge a case in the Fair Work Commission. If you’ve left the employer or the bully has left, then there’s no longer an ongoing risk.

The Commissioner hearing your case decides what orders to make. You might have a preference and your preference might be perfectly logical but that doesn’t mean you get to decide what happens.

You need evidence. Sounds fine in theory. Except most bullying is what’s left unsaid. The person who rolls their eyes every time you speak. It’s the tone used. Or the fact you never get invited to social events. You need to document it all. Which is fine. But if you’ve ended up with depression as a result of the bullying then it’s not so easy when your head is filled with fog.

You need witnesses. Other people in your workplace may have witnessed the bullying but one thing you need to remember is that bullies are good at intimidating people. You may have allies who decide to keep their head down to avoid being targeted or because they’re fearful of losing their job.

I don’t want to downplay the role of the Fair Work Commission. The fact we even have legislation is an acknowledgement of the  seriousness of workplace bullying. However, the Fair Work Commission is not the magical answer many workers think it is, which is evidenced by the amount of cases rejected to begin with. In fact, we could liken it to the Emerald City from the Wizard of Oz.

So many workers think they’ll follow the Yellow Brick Road, along with their friends Scarecrow, Tin Man and the Lion, and end up in Emerald City where all their problems will be fixed. A city so magical that everything is green. Except it wasn’t green at all; it was an illusion. Turns out, Emerald City was just, well, a city.

A BRAIN, A HEART, DA NERVE AND THE ROAD TO JUSTICE

Armed with the qualities their friends think they need – a brain, a heart and courage – these workers dream magical dreams of justice. Let’s look at these qualities in a little more depth.

The heart: The emotional toll taken when a worker is bullied in her workplace. This could come in the form of lost confidence, self-doubt, anxiety, depression, substance misuse in order to cope, family break down… the list goes on. A common question from someone being bullied is, “Am I imagining it all?”

Courage: A worker experiencing bullying in the workplace needs courage: to go to work despite the ongoing bullying; to lodge a formal grievance within her workplace; to persevere and take her case to the Commission; or to seek assistance.

The problem is this. Workers traverse the Yellow Brick Road, alongside their mates Scarecrow, Tin Man and the Lion, carrying reams of paper to back up their bullying claims. Except when they get to the Emerald City, they find out they don’t have enough evidence to prove their case. Others make it to the Fair Work Commission but arrive more beat up and dinted than they ever thought possible and leave in a worse condition. They win their case but they lose so much of themselves in the process.

I’ve just realised this article would be unbelievably depressing for someone who’s in the process of lodging a bullying case in the Fair Work Commission. For that, I apologise. Creating fear or a sense of hopelessness is not my intent. You already have that from being bullied in your workplace. The purpose of this series of articles is this: The prevention and minimisation of damage.

You don’t wait until a worker is killed on a construction site before you implement safe work practices. Hard hats, high-vis and proper qualifications are just a few ways construction sites are safer now than twenty years ago.

The same goes for bullying. Our strength as women in the workforce lies in stopping bullying at the source. For those who can’t stop it altogether (yes, that’s also a possibility) we need to find ways to work around it and ways to cope. This series of articles will give you the tools you need.  These ideas are to be used as a guide to help you navigate your workplace using the strengths you already have.

I have a mentor I go to for advice. She doesn’t know she’s my mentor; I’ve simply slotted her into that role.  I stumbled across my mentor-to-be on a day when I was struggling with bullies of my own. While trying to process how to cope with these bullies my mentor summed it all up with this great quote:

“Bullies are like cockroaches – they continue to operate in a shitty way until someone shines a light on them.”

So, ladies, put on your ruby red slippers, we have some cockroaches to stomp on. 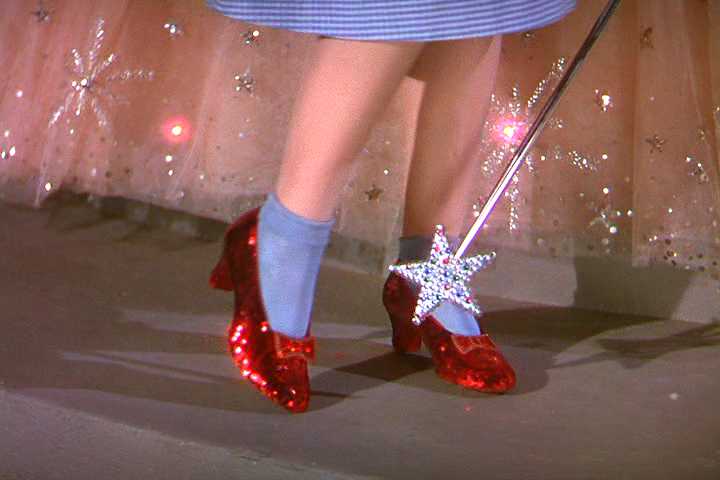