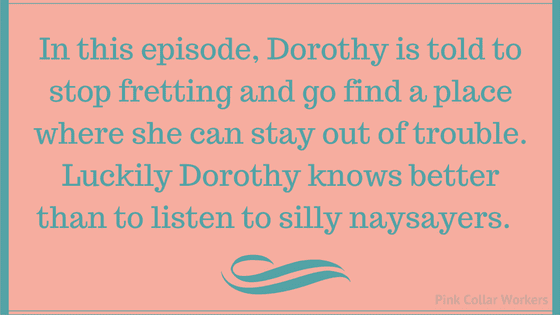 Language plays an important part in workplace bullying. It might seem ridiculous to quote the Wizard of Oz at this point in time but sadly similar themes are still encountered in our workplaces on a daily basis.

Here’s a brief timeline, with links to the modern day:

– A worker being bullied in her workplace feels threatened by the bully.

– A worker raises their concerns with a superior but is ignored.

– The worker feels hopeless and doesn’t know where to turn. 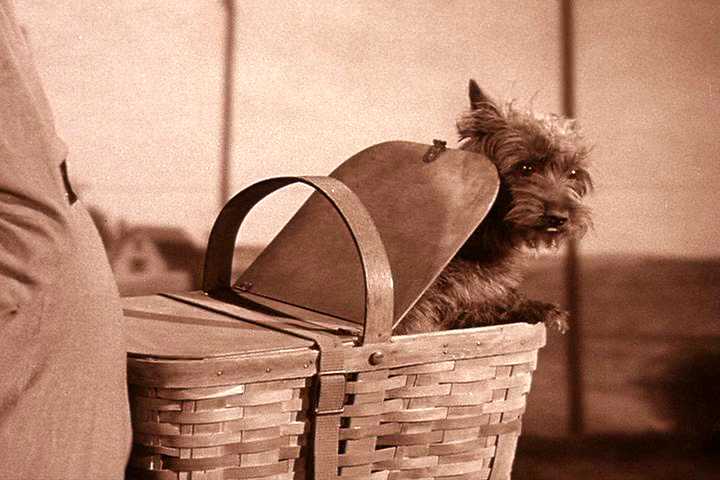 Luckily Toto was a smart pooch, smart enough to escape from an unlocked basket while travelling on the back of a slow-moving bicycle. So the question is, how poorly must’ve Dorothy communicated the urgency of the situation to end up with her dog being taken? Let’s see…

Auntie Em: Now, Dorothy, dear, stop imagining things. You always get yourself into a fret over nothing.

Auntie Em: Now, you just help us out today, and find yourself a place where you won’t get into any trouble.

Dorothy did attempt to communicate her concerns to her aunt but these were disregarded as an overactive imagination. Honestly Dorothy, I don’t blame you for wishing to be some place ‘over the rainbow.’ Sadly women still face similar comments on a daily basis. Some examples are:

Now, I’m not saying that women in these situations are acting with the poise of a U.N. Diplomat, the grace of Kate Middleton, and the coherency of a skilled negotiator dealing with a hostage situation. Sometimes we are visibly upset.

Unless I’m going through some kind of drug-induced psychosis where I’m seeking help to escape the flying monkeys determined to take my red wine away, then the aforementioned comments are uncalled for. In fact, that’s the only time I’m okay with being referred to as ‘irrational’ and, even then, I may not respond so well to the comment. I mean, as far as I’m concerned, the monkeys are real and god forbid I’m without my wine.

We are not being overemotional or too sensitive. And, if we are showing emotion then who decided emotion was bad? Who decided being sensitive is a trait ill-suited to operating as a functional adult in the workplace? What makes logic the optimal mode of operation? Especially when, as humans, we often make decisions based on emotion and then apply logic to back these up?

And the sad thing is, when people make comments like these, we often forget we have a brain and choose to question ourselves rather than the person trying to dismiss us. In fact, in this kind of situation, we become the Scarecrow.

Scarecrow: I haven’t got a brain… only straw.

Dorothy: How can you talk if you haven’t got a brain?

Scarecrow: I don’t know… But some people without brains do an awful lot of talking… don’t they?

And those who are doing a lot of talking without using their brains, they’re the ones who refuse to listen to us because it’s easier to put our comments down as being irrational. The sad reality is, all too often, it becomes a self-fulfilling prophecy. Someone tells us we’re being overemotional and we get upset because we’re not being listened to. We become even more agitated, which gives the listener another opportunity to refer to us as being overemotional. At that point, the person is correct and that brief period of self-doubt becomes absolute conviction. We walk away thinking we’re to blame for the conflict.

Now, I know what you’re thinking, ‘This woman is crazy.’ Oh, there’s another one. See how easy it is to disregard someone with the use of just one word? But consider this: how many times have you heard a man share his point of view and have others tell him he’s being overemotional or irrational? Instead they tell him it’s a great idea “but not quite what we’re thinking of.”

In the first article, Dorothy relied on an external person to be her brain – an industrial relations expert or a lawyer to ‘fix’ the problem for her. But, just like the latest romantic comedy – they never talk about what happens afterwards. The industrial relations expert goes home (or off to support someone else being bullied). Dorothy returns to work, where the bully is still hanging out, waiting to make life difficult for her.

So, here’s what I propose. We need to remind ourselves we do have a brain. The first step is to acknowledge language that’s designed to shut us up. We don’t have to develop a witty comeback or a narky response. Just don’t buy into it.  Not engaging in their attempt to diminish your opinion will change the power dynamic.

But, if you do decide you want to respond, how about flipping the person’s argument using logic? You know, that thing you don’t have because you’re just an ‘emotional female’…

No, John, you’re just incapable of understanding human emotions. Do you realise that the inability to experience emotions is a sign of a workplace psychopath? It might be worthwhile getting that one checked out. Just saying. You know, since we’re commenting on each other’s emotional stability.

Sorry, I tend to revert to sarcasm when I get emotional. It might be time for some wine. I just hope those pesky flying monkeys don’t come and try and take it away from me. Again.