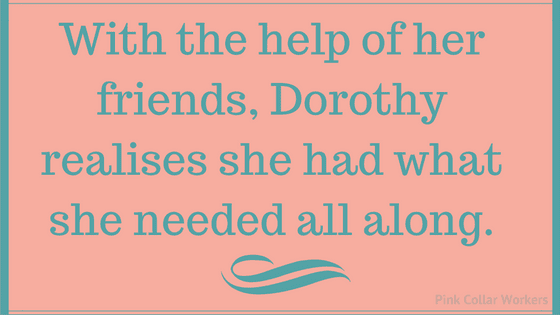 I’ve always had a soft spot for the Lion. I can relate a little too well to the public bravado, private cowardice contradiction. I present as confident but inside I’m riddled with self-doubt. I thought I was alone in this regard but a candid conversation with a newfound friend, someone I considered a mentor, made me realise otherwise. Unsure why this conversation was so different – women chat about our insecurities all the time – I had to investigate further.

Armed with binoculars, a magnifying glass and my trusty search engine, Google, I used my detective skills to find out why this conversation was so different and uncovered something called Imposter Syndrome – the idea you’ve tricked people into believing you’re confident when you’re not. Oh, and it affects women more so than men.

I’M NOT SAYING I’M WONDER WOMAN, I AM JUST SAYING NO ONE HAS EVER SEEN ME AND WONDER WOMAN IN THE SAME ROOM.

Male or female, we’re all searching for someone we can look up to. It gives us something to aspire to. It also makes our life easier – if someone has already been down the Yellow Brick Road, following them saves getting off the beaten track and coming out battered and bruised. But if we have mentors that seem invincible we end up feeling worse about ourselves.

The conversation with my friend was different because she talked about situations in the workplace that made her feel vulnerable. Here was someone I looked up to and admired, someone who was confident but also uncertain and she continued to persevere despite those insecurities. I decided I was okay.

ALL THE GOOD ONES ARE TAKEN

Pick a romantic comedy, any one, and you’ll be sure to hear the female protagonist mourn the lack of available men. All the good ones are taken – either married or gay. You can imagine my dismay when, upon searching for a female mentor, I encountered the same state of affairs. Talk about bad luck. But upon further investigation, I found they weren’t all taken. There were just a hell of a lot less in the pool of available women to fulfill the role of mentor.

Women are less likely to be in positions of authority. That’s right. We’re less likely to put our hand up – for a promotion, to speak at an event, to participate in a public forum as a specialist in our area of expertise. Whatever it is, we’ll wait until we’re 120% and, even then, we’ll still question if we should put ourselves forward. Those who do so are less likely to be surrounded by other women and face greater scrutiny as a result.

We must remind ourselves our involvement in the labour market has been significantly delayed. World War II opened up roles typically allocated to males but the war ended and men returned home, as did the women. For hundreds of years the workforce has been claimed as a space for males. It’s different now and things have gotten better but you can’t undo hundreds of years of structures designed for and by men in just over half a decade.

With fewer role models and our own internal perception we’re not right or ready for that promotion, we’re not going to get anywhere. Enter the Lion who can’t sleep for fear of counting sheep. Yet he perseveres.

Courage to put your hand up. It’s not easy but it has to be done. If you’re thinking of applying for a promotion, trying a new career or offering to present your ideas to the group, don’t doubt yourself, just go forth and try.

Courage to say no. Women are raised to be nurturers, which means putting others first. It’s not going to be easy when you’ve said yes all your life but it is okay to say no.

Courage to reflect. If more than one person has had a go at you about something then you owe it to yourself to investigate further to identify what you’re doing that’s invoking that kind of reaction in the other person. You may find something in yourself you need to work on and that’s okay, we’re all work in progress. You may find something in yourself that upsets a few but that’s okay, because that’s who you are and you like that about yourself. Or, you may find the other person’s perception of you has been distorted by his or her own inadequacies.

I once had a manager tell me I was too aggressive. I stopped and reflected on my actions, talked it out with friends. I’d been assertive in that situation but so had others and they weren’t pulled up. My manager’s issue was with me, not with my actions. Turns out I was a threat. She then went onto bully me for months. Had I called it when it first happened things might have turned out differently. Or maybe they wouldn’t have. Either way, I’ve learnt what I needed to from that situation.

Courage to try strategies you’ve never considered before. Changing how we operate in the world isn’t easy but, as they say, insanity is trying the same thing over and over again and expecting a different result.

Courage to leave. Sometimes the hardest decision is to leave. A new job – the unknown – is daunting. It might be wiser to use the limited energy you have to investigate options that work for you so you can move onto bigger and better things. Don’t wait until you’re so drained you lack the capacity to take any action. The Wizard of Oz says it so much better than I ever could:

You, my friend, are a victim of disorganised thinking. You are under the unfortunate impression that just because you run away you have no courage; you’re confusing courage with wisdom.

WHEN YOU’RE SCARED BUT STILL DO IT ANYWAY, THAT’S COURAGE.

Being courageous is doing the things you’re afraid of. Personally, jumping out of a plane isn’t brave. It’s stupid. Why put your life in the hands of a pilot and a parachute? But for someone who dreams of skydiving and is scared but does it anyway? That’s courageous. 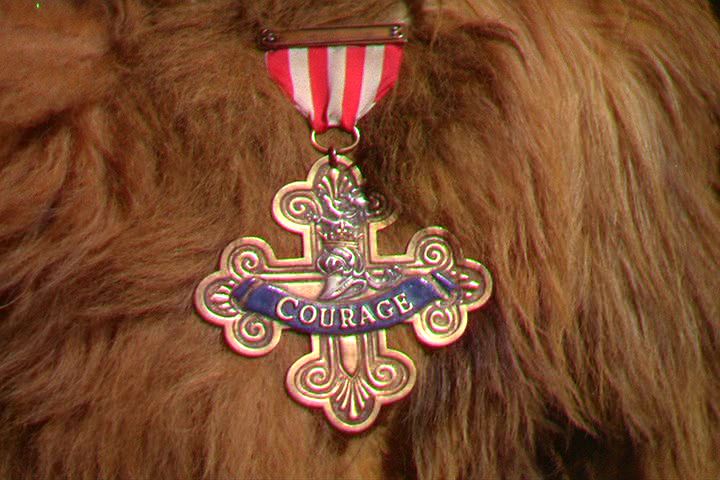 OH, YOU’RE THE BEST FRIENDS ANYBODY EVER HAD.

In writing these articles I’ve realised how far I’ve come. I didn’t have courage when I began on my journey along the Yellow Brick Road. Nor did I use my brain or have compassion. But I still got through. So how did I survive those horrible workplaces without the skills I now find so useful? Simple. My friends.

For many years I avoided female friendships because women are ‘bitchy.’ Talk about a huge disservice to myself. I’d bought into society’s perception of women and had lost out as a result. Contrary to what magazines and the media tell us, we’re a little more than two-dimensional cardboard cut outs, designed to look pretty and smile politely in order to make the men around us feel important. Look a little further and you see all kinds of women: strong, creative, intelligent and funny.

In times of adversity reach out to your friends; remember to use your brain and don’t let anyone else tell you how to think; find your heart and treat yourself with kindness; and remind yourself you are courageous, even if you don’t feel it. Yet. 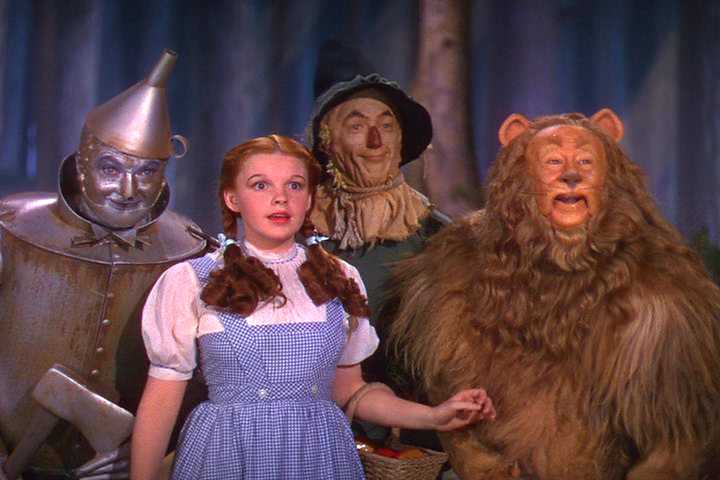